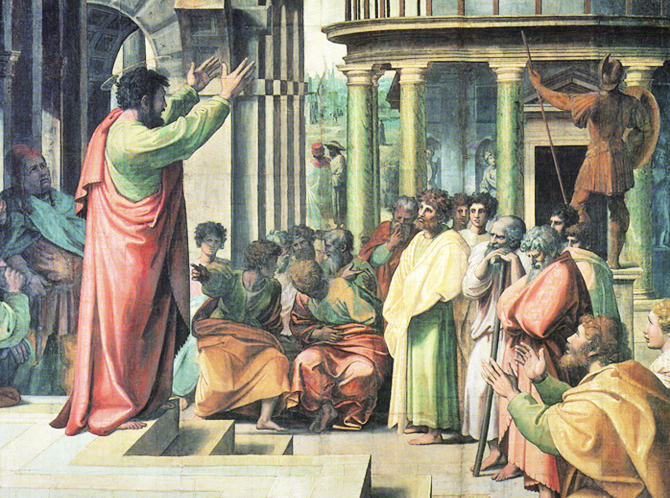 In our New Testament reading, St. Paul is writing to the Corinthian congregation,

the congregation he himself had founded,

and reminding them of the core of the Christian message.

“Now I would remind you, brothers and sisters, of the gospel I preached to you, which you received, in which you stand, and by which you are being saved, f you hold fast to the word I preached to you…For I delivered to you as of first importance what I also received…”

St. Paul is preparing to discuss the Christian hope in death,

and he starts by reminding them of the faith that he shared with all preachers of the gospel.

He starts, not with his own teaching, but with a summary the teaching he received, along with all Christian congregations:

This isn’t St. Paul, this is a standard summary of the faith,

coming perhaps from a time before St. Paul was a Christian.

You see, 1 Corinthians was written around 55 A.D., about 22 years after the events of the death and resurrection of Jesus.

That’s not really so long – how vividly can you remember things that happened 22 years ago?

Tracey and I are coming up to our 22nd wedding anniversary and the events of that time are still pretty vivid for me!

And Paul is reminding his congregation of what he preached to them at the beginning, so that would be 17 years after Jesus.

But what he had preached to them then was a faith that had been passed on from earlier, “that Christ died for our sins…that he was buried, that he was raised on the third day…”

Soon after Jesus ascended, and the disciples started sharing the good news,

they would have agreed together on the essentials of their message.

Peter and the apostles would have been at the head of this,

and it probably would have been decided within a year or two.

So the words Paul uses are like an early creed, an agreed summary of the faith,

agreed on very soon after the events of the last days of Jesus.

This is what would have been taught to St. Paul after he was converted on the road to Damascus,

and this he had passed on to the Corinthians 15 or so years later.

When I started at university I was very skeptical about the Christian faith.

I knew the main stories from Sunday school,

but I doubted whether Jesus actually did most of the things he was said to do.

I doubted that he was who the New Testament said he was,

and I doubted that he rose from the dead.

I thought that much of that came from some kind of pious exaggeration,

that turned human things into something more.

Perhaps they were legends, made up by people who wanted to believe them.

In my first year I took a course in Greek and Roman history and I wanted to look into what happened.

So I wrote a paper about the spread of Christianity in the Roman empire.

I started a few hundred years on, and found lots of reasons why the faith spread.

It gave the hope of life after death, and lots of people want that.

there were lots of human reasons to explain the rapid growth of the faith.

What I realized was a shock to me.

it was as if I was coming towards the site of a great explosion,

but I didn’t believe there had been an explosion.

and I thought, “well, there are lots of other explanations for that.”

And the closer I came, the more signs of an explosion there were,

until finally I came to the actual blast crater.

And it was very difficult to find an explanation for that.

Clearly something very drastic had happened.

When I worked my way back to the beginning of the church and the life of Jesus,

and turned it into, “that Christ died for our sins…that he was buried, that he was raised on the third day…”

Whatever happened on those last days created a momentum went out from there like an explosion.

Pious legends don’t happen quickly enough to create the faith that came to St. Paul only a year or two later and to the Corinthians 17 years later.

There were too many people you could check the facts with.

St. Paul says of the witnesses to the resurrection, “Most of them are still alive, though some have fallen asleep.”

If the disciples had somehow agreed to tell a story that was different than what happened, then surely there would have been something hollow and forced at the heart of the movement.

A fanatical group might have held to their beliefs despite the facts.

But think of the words that we heard from St. Paul last week:

“Love is patient and kind;  love does not envy or boast;  it is not arrogant or rude.  It does not insist on its own way;  it is not irritable or resentful;  it does not rejoice at wrong-doing, but rejoices in the truth.”

That just doesn’t sound like a blind fanatical attitude to me.

I realized some of this, writing that paper.

I had thought it was going to be easy to explain the spread of the Christian faith,

But I was really shocked to realize that none of these explanations really accounted for what happened very well.

It was as if I was standing next to a blast crater and I had to say,

“it kind of looks like there was an explosion after all.”

The incredibly dynamic beginning of the Christian faith

was awfully hard to explain as coming from a group of people making up something very different from what actually happened.

And they were very consistent about what had happened:

“that Christ died for our sins…that he was buried, that he was raised on the third day…”

Well, we could say a lot more about this.

But believing as we do that Christ was raised on the third day,

what difference does it make?

St. Paul says that this was the faith which the Corinthians received, in which they stood, by which they were being saved.

And it gave them, and hopefully it gives us, a quality of hope, based on the resurrection.

It’s a hope based on what God did in Jesus, something that actually happened.

It’s a hope that involves both body and soul.

It affects all of our lives and of course it affects our attitude to death.

It’s not just that the resurrection shows that there is something after death.

The disciples did not say, “I guess there is something there beyond death.”

They said, “The Lord is risen!”

It wasn’t just something beyond all that had happened to Jesus,

it was the defeat and the reversal of all that had happened to him.

It wasn’t just that he was beyond all suffering and pain now,

it was that he had defeated and reversed it and was fully alive again.

And yet it wasn’t just this ordinary life that he was now living.

I don’t want to be offensive, but it wasn’t like “I’m sure great-aunt Minnie is enjoying a lovely cup of tea and biscuits now in heaven.”

And that was the hope that Paul passed on to the Corinthians:

“which you received, in which you stand, and by which you are being saved…Whether then it was I or they, so we preach and so you believed.”

So the Corinthians believed and isn’t that what we believe?

“that Christ died for our sins…that he was buried, that he was raised on the third day…” 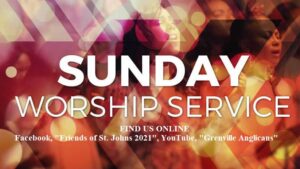 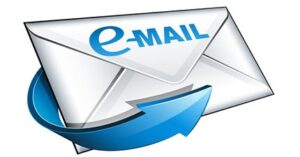 You can view our church services in a number of... 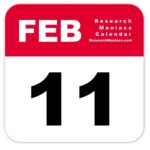 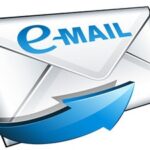 Our Clergy have a new office email:...